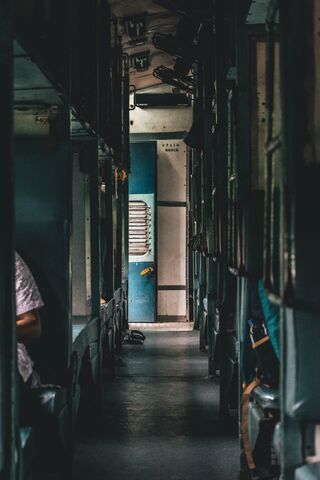 I have been writing quick excerpts of my (potential) memoir about my psychological sickness journey and my religious journey. These two paths intertwine so intently for me particularly as a result of expanded religious states I’ve skilled have, at instances, escalated into psychosis.

It was all very complicated and really painful. Life-altering and profoundly private and significant experiences had been pathologized by the medical system. Psychosis, that’s ‘all’ it was, I used to be informed. Nothing extra. Oh and right here, we’ll offer you medicine for it thanks very a lot. Psychiatry couldn’t handle the nuances. It didn’t acknowledge, not to mention validate that these experiences might fall on a spectrum. A spectrum that ranged from contentment to bliss to unified consciousness to mildly delusional to floridly psychotic. If all you’ve is a hammer, all the things appears to be like like a nail, I suppose. It was all psychosis, all unfavorable.

But it wasn’t. I had to decide on between being slapped with the label of bipolar dysfunction, in my thoughts “loopy,” or the label of religious. What do you assume I selected? To make some sense of it and full my journey, I made a decision to go to India. That is a part of that story. Click on to learn elements one and two.

From the Mumbai airport, my boyfriend Mu and I take a tuk-tuk (a three-wheeled open-air mini taxi of types) to the town centre prepare station. This place is otherworldly. The one railway station I’d been to earlier than is the Royal Hudson in Canada. The vehicles had been shimmery maroon with squeaky clear home windows. The doorways silently slid open and shut, and every compartment had bouncy vinyl seats. And the enclosed bogs had flush bogs.

India’s prepare system is immense, illogical, and insane and in some way it really works splendidly. It’s like an eccentric uncle who’s a prolific best-selling true-crime writer whose organizational system consists of piles of paper chaotically strewn over the ground and a path of post-it notes all by way of his home. One thing like that.

The bodily manifestations of my melancholy dogged me. Heaviness in my thighs. Traps stretched tight like a slingshot within the palms of a very excited 10-year-old. A dullness in my head, and an achiness behind my eyes. Unrelenting. However I can’t afford to let lethargy and this inescapable ticker-tape of doomsday considering sidetrack me. I can’t let myself sink under the waterline. I want to remain centered on the current as a lot as I can. And surprisingly the extra I do, the extra excited I get. I’m in India, to see a instructor, to search out peace. What’s to not be enthusiastic about?

We’ve determined Mu will get our tickets. I’m too dumbfounded and afraid. I don’t know the place to look, the crowds are so thick, the noises so pervasive. I don’t know the way he can determine what ticket sales space to go to, what vacation spot prepare station to ask for, or how he discovered the best platform. If I used to be alone, I’d by no means get anyplace. As a substitute, I’d spend my entire time misplaced within the prepare station looking for the best counter to buy my ticket.

How does he know all this? He has been to India half a dozen instances. And effectively, he’s cocky. It is form of what attracted me to him.

He walks again to me, his legs lengthy and liquid. It’s humid like I’ve by no means skilled. A sizzling sweaty hug from the Mom Nation.

He palms me an oblong ticket. “Don’t. And I imply do not lose this. If you happen to don’t have it when the man comes round to punch it. They’ll kick us off regardless of the place the prepare is. Like a area miles from anyplace or something.” He kisses the highest of my head. His grey-blue eyes convey stern love.

“OK!” He claps his palms like he’s simply dropped crucial primary. One among many extra to return I sense. “How about some chai?” His waffle-sized hand clasps mine and we stroll towards our platform.

There are dozens of platforms. A whole lot of prepare vehicles. Some shifting, some nonetheless ready to wheel away, some on their facet like a child keeled over with a tummyache, mendacity outdoors the broken-down fence on the opposite facet of the tracks. A bare-chested man in a lungi (a fabric that wraps round his waist) squats in opposition to a wall, knees virtually as much as his bony shoulders. A vat of steaming chai beside him. It teeters on a small kerosene flame burner. Little envelopes of aromas rise—cardamom, ginger, cinnamon, cloves in a milky tea. He ladles two scoops into clay cups for us.

Mu tosses a few rupees into his tin can. The chai man wobbles his head in thanks. We do the identical. I like this gradual osmosis of adopting international gestures. The spirit of beloved India gracing herself into me. I sip my chai as we stand on the fringe of the platform. Wanting sometimes at one another, smiling however saying nothing. Sipping, wanting, smiling. Sipping, wanting, smiling. A soothing heartbeat whereas we anticipate our prepare.

We each gulp down the final drips. Mu’s eyes, now impish, meet mine. “1. 2. 3!” We rely collectively and ‘Bam’! We hurl our mugs onto the tracks. Shards of pink clay explode and bits of mud and pebbles scatter.

“That was satisfying.” I’m beaming and have forgotten I’m alleged to be depressed.